Ask questions, get clarifications, and discuss how the Clash of Empires rules work.
Post a reply
4 posts • Page 1 of 1

I've pretty much decided that my first Clash of Empires army will be a bunch of wild Celts.

Two main reasons for this: a) lots of potential opponents
b) no great surprise when I lose.

At the moment, I can't decide whether to buy Wargames Factory or Warlord Games (I've stopped painting metal figures - too messy and too much cleaning up!)
If you have any preference for either range, I'd be really really grateful for any thoughts on the matter.

Hello Phil, welcome to CoE (not to be confused with the Church of England...though tea and biscuits seem to be an unofficial staple of both).

Anyway, between Warlord and Wargames Factory, I would go with Warlord every, every, every time. I have no experience with the Wargames Factory Celsts, but I have some of their Anglo-Saxons, and compared with the Gripping Beast plastics, they are just rubbish, with much less detail, less interesting options, strangely long necks (I spent ages carving the necks down to the right length), arms that often stuck out at weird angles etc. Also, they don't come with bases, which is a bit annoying. They aren't even any cheaper (if they cost a lot less, they might be an option, but plastic historical miniatures are seldom expensive). Though I don't own any Warlord Celts, a friend of mine has some, and I think they are very nice (though I think a few are leaning over too far to look natural). A few niggles aside, the Warlord ones are head and shoulders nicer than the Wargames Factory Saxons.

To be fair, the Wargames Factory Celts might be a lot better than their Anglo Saxons, but I found their Saxons so bad I'd never go back, I am afraid.

Another thing to consider is that Warlord do metal chariots, characters, and plastic cavalry, whilst Wargames Factory (last I checked - which was a while ago) only do the infantry. So you can have an army made wholly by one company, if you want, which might is definitely something worth stressing. Some company's models don't mix well with those of others!

Also, what period of Celt are you wanting? I guess ancient period (to fight Caesarian Romans etc). If you wanted to be able to use them in more than one period (i.e. as Dark Age Irish or Welsh, who would be fairly similar in terms of dress, if you left the chariots behind), you might want to look at the new, soon to be released, Dark Age infantry by Gripping beast, whose previous plastics were very good (not as good as Perry, in my opinion, but probably the 2nd best plastics I have come across).

Anyway, best of luck with this new project,

"No great surprise when I lose" - I've only gotten to play my mid-Republican Romans once or twice against Celts, but they hit hard when they charge with the warband rule! I had several Hastati units break and run - very disconcerting! It's nice to see the Celts have a chance, whereas in other game systems they tend to bounce off. That's one of those instances where it may or may not be more historical, but it makes for a better game when they stand an even chance of winning. (Which is why the notion of "which game system is more historically accurate?" is bogus - if it were accuracy then it'd be the one that let the Romans win 2/3 times.) Warlord for the celts, I'd think. Just try to do something with those figures that are so hunched over that it looks like they ate some bad hagus before the battle. Ever see someone try to run hunched over? Absurd! 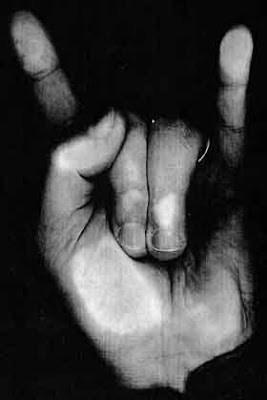 Saying that, the WF Celtic chariots are worth ago; you just may want to replace the crew (the driver isn't too bad).

Users browsing this forum: No registered users and 2 guests